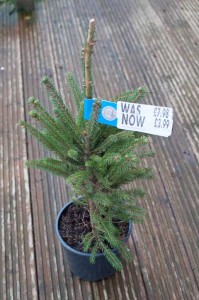 Every year when all of Christmas is over we get our real tree. May sound a little silly but it’s not really.

After Christmas in stores like B and Q, Homebase and the garden centres we always see the fir trees which no one wants, They are always reduced in price to try and get rid of them. If they don’t manage to sell them they are obviously just going to throw them in the bin quite soon. So we treat one to a new home instead.

At the bottom of our garden is our little fir tree forest, well It’s not quite a forest yet but it’s getting there. We have about 6 or 7 fir trees now which we have added to each year after Christmas. The largest tree is probably 3 feet high now and has lovely pine cones growing on it. For some reason they really love the environment at the bottom of the garden. They even have lot’s of holly to keep them company, this was there when we moved in.

When it snows it makes for a really nice picturesque scene so hopefully the rain will turn into snow sometime over winter and I can post a nice photo here. In the meantime here is a little picture of our new Norway Spruce tree and our mini fir tree forest. 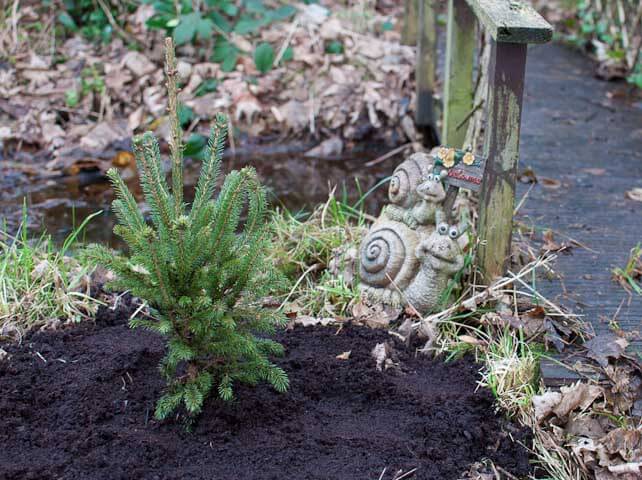 With his friends the snails 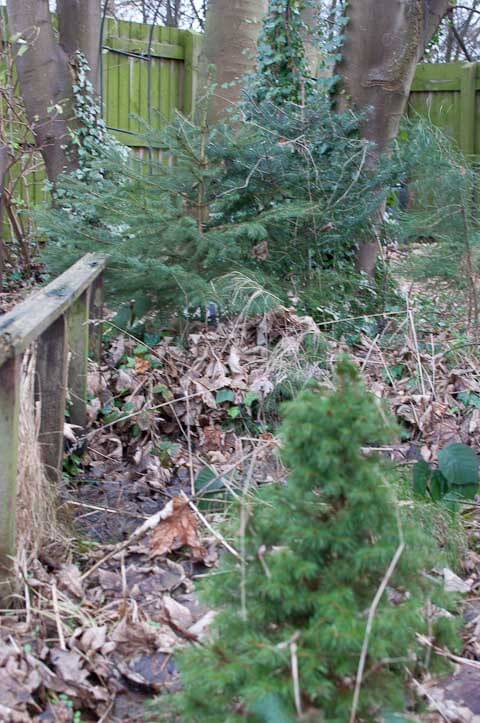 The Forest , A bit leafy at the moment 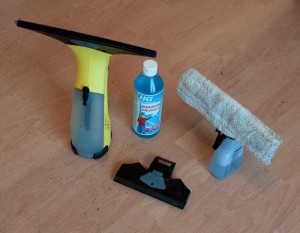 All the bits I Bought

As you can see from some of my other blog posts we have a rather large greenhouse, this is great apart from when we need to clean the thing in winter. One of the things which is always hard work is cleaning the glass. We have an internal glass partition as well so there is even more glass than a normal greenhouse.

It normally takes me two of us a couple of days really to do it properly, And lot’s of aching arms as we have all the glass above our heads to do as well.

I noticed a while ago that Karcher had released a window vacuum cleaner called the WV50 . I’m always a bit sceptical about things like this but after reading all the reviews on amazon it did appear that this gadget might actually work. After looking around for the cheapest price, Amazon appeared to be at least as cheap as everyone else at £47.47 and included free delivery for just the vacuum.

I ordered it and received the vacuum cleaner pack a few days later.

The thing itself is rechargeable so you need to recharge it before use, And they tell you to recharge it after every use. I’ll go along with this as I didn’t recharge it once and it didn’t last very long when I tried to use it again. I think it only takes about an hour to recharge though so it’s not to bad.

On a full charge I managed to do about half of the greenhouse which took about half an hour and no achy arms. 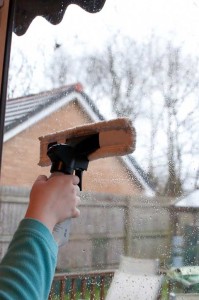 You can use the vacuum cleaner without the karcher spray bottle but this seemed to just make things so much easier and more fun, Basically you fill the squeezy bottle up with window cleaning mixture (A portion of contentrate is supplied with the spray bottle) then you simply squirt the bottle onto the window and then wipe it around with the attached cloth. Then using the vacuum cleaner you simply vacuum the dirty water up in one downward stroke. It seems too easy to be true but it does actually work. It’s weird vacuuming the window at first though.

If took two charges and about an hour and a half to do the whole of the greenhouse, With one of us using the bottle to get each window ready before the other one used the vacuum cleaner. We were like a well oiled window cleaning machine. ha ha

At first we did try to push the vacuum cleaner a bit too hard on the window and it ended up with some streaks, Using less force though ensures there are no streaks and makes it nice and easy on the arms too. 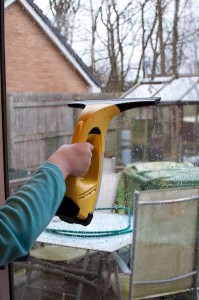 We actually found the whole window cleaning process quite good fun. After cleaning the greenhouse we went hunting out other windows which hadn’t been cleaned for quite a while to have a go on.
Even our daughter found it fun as she went round to our parents and cleaned their windows for them, obviously wanting to be paid for it though, She is my daughter after all.

As our house has fairly new windows it has windows in the upstairs rooms that can be specially slid so that you can clean the windows from inside the house. This gadget is brilliant as it now allows us to clean all the windows around our house including these upstairs ones so easily. 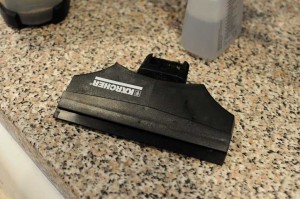 The only thing we did have to purchase afterwards was the Karcher 170mm Small WV Head , This is a smaller rubber suction head and allowed us to do the awkward parts of the greenhouse which have very narrow panes of glass. This accessory would be handy for narrow windows around the house as well.

Also rather than buying the karcher window cleaning concentrates I found some window cleaning concentrate on amazon for a fraction of the price, All the reviews said it was excellent and having tried it I must say I agree. It seems to do at least as good a job as the Karcher concentrate, It comes in a 500ml bottle and is called Hg Window Cleaner.  You just need about a capful into the karcher spray bottle and top up with water. It says on the side of the bottle it’s used by all the best professionals so it should be just about good enough for me now I’m a would be professional.

I don’t think we will be going back to the normal way of cleaning again after playing with this gadget.