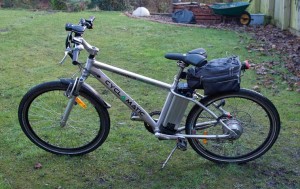 For quite a few years we were a two car family, Both me and my wife had a car which we used mainly for travelling to work and back. I live approximately 4 miles from where I work and decided that keeping a car solely for this journey was getting very expensive and was a pain to insure, mot and service both these cars each year.

As I was getting slightly unfit I decided that a good thing to do would be to cycle to work, I already had a bike which I rarely used so started using this to get to work and back. The only problem with this was that the journey to work was not very nice when it’s really windy or rainy, and the journey back home was up a steep 2 mile steady incline. Not the think you want to face and peddle up on a cold rainy dark evening after a hard days work. I did stay with this for a few months and certainly got fitter, but it got to the stage where I wasn’t enjoying it and it had become a horrible chore and getting really sweaty on the way into work in the morning was no fun. Also when I got home after the 45 minute ride back I had to just collapse on the sofa for half an hour to recover.

I investigated the alternatives to this, and tried using the buses for a while. But I just liked my independence and having to wait an hour sometimes when the buses decided not to turn up wasn’t good.

I always fancied the idea of an Electric bike but I was never really sure about them, and they always just seemed like an expensive gadget. But I needed to do something, or it would have to be another car for us.

Most of the Electric bikes which I found to buy seemed very expensive in the 1000 pound range, It may not be that expensive to some but to me it is. I did come across one bike though, the Cyclamatic Power Plus from The Sports HQ which seemed to be an ideal starter electric bike. There wasn’t much information about it available but I thought I would take a chance on it. I think I got it in the end for about 349 Pounds. It would have been nice to have tried the bike before I bought it but as this was a mail order purchase and the company was quite a way from me this wasn’t really possible, If you are close to them though I would advise to go and have a look before you purchase just so you can see it in action and get a proper feel. 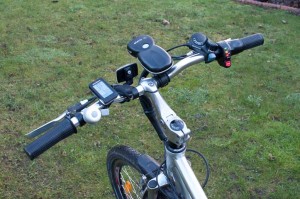 When I received the bike it was mostly already built, and just required you to clip in the wheels and fasten a few things like the brakes to make it road worthy. Nothing really more than what you would have to do with a bike bought from a normal bike shop. I adjusted the bike for my sitting position, the angle of the handlebars and it’s height can be adjusted by using allen keys. And the seat has a quick release to allow you to adjust it’s height. If I’m honest I would have to say the bike is slightly on the small side for me, I knew this beforehand though from other peoples reviews but thought I would take the chance.

END_OF_DOCUMENT_TOKEN_TO_BE_REPLACED 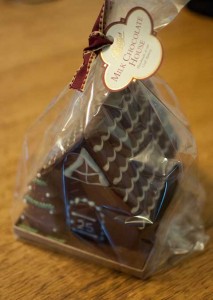 The house inside its wrapper.

Just before Christmas we won a Betty’s Milk chocolate house through a competition on the internet.

Our daughter is a self confessed chocoholic so she couldn’t wait for us to receive it, We received the box with the house in very soon after we won. The packaging which we received the house in was really good it was packaged in a box within another box with lot’s of packaging material around it. They certainly wanted to make sure that the items are received in perfect condition.

When we opened the box to reveal the house, It was so lovely. It really looked too nice to eat. The house has the number 25 hand piped on the front door for Christmas, and a cute decorated tree by the door. We have had it on the sideboard so people could admire it throughout Christmas but as it’s time to take the decorations down today we decided to let our Daughter try it. She has pestered about wanting to eat it all through christmas.

She couldn’t wait to get stuck into the tree and promptly pulled it away from the house and chomped it. The chocolate is very good quality and nice and creamy. I couldn’t eat too much myself as it’s quite rich for me as a non chocoholic, but my daughter would have quite easily eaten the whole lot, and probably been a little ill though afterwards as you do get quite a bit of chocolate for your money. 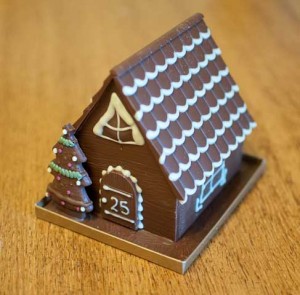 The house was available to purchase from bettys.co.uk for £12.95 , It’s now showing as unavailable presumably because it’s not Christmas anymore. I guess they may sell an alternative house now without the extra added Tree and Piping.

If the other items they sell are as nice as this I wouldn’t have any problems recommending Betty’s to anyone who wants to send a treat to someone, or to treat themselves. Looking at their website they sell all sorts of goodies like cakes, biscuits and celebration hampers. 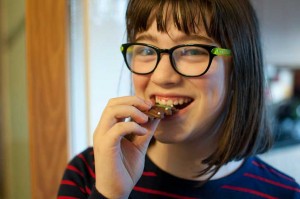