Below is a panoramic photo I took during our recent visit to the Eden Project in Cornwall, England.
The photo was created with 9 individual digital camera photos, which were joined together automatically with a program called AutoStitch. I think you’ll agree the effect is very effective.

Eden project was built to try and teach people about how much we depend upon plants. Whether it’s for food / clothes / shelter or medicine.

Eden project was built in a disused slate quarry, revitalising the surrounding area and becoming one of the UK’s most popular tourism attractions.

The part of the Eden Project which most people go to see and experience are the huge biomes, you can see these dominating the photo above.
One of the biomes is temperature and humidity controlled to be a copy of a warm temperate climate, and the other biome is controlled to be a humid tropics climate, If you go into the humid biome make sure you have some water with you as it’s very hot and humid as you would expect and it’s quite a trek to see it all.
It’s tricky to try and give you some of the effect of being inside the biomes but below you can see a few small photo’s taken while we were in the biomes. 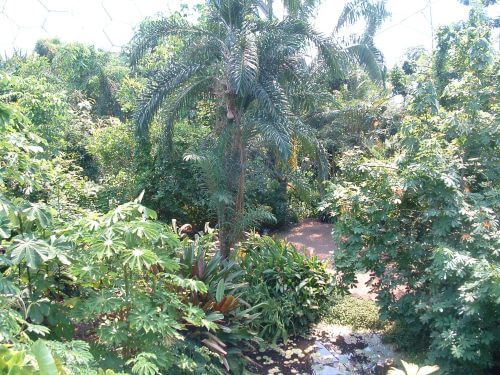 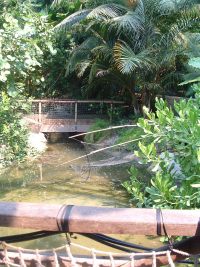 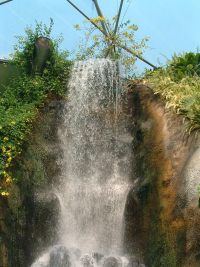 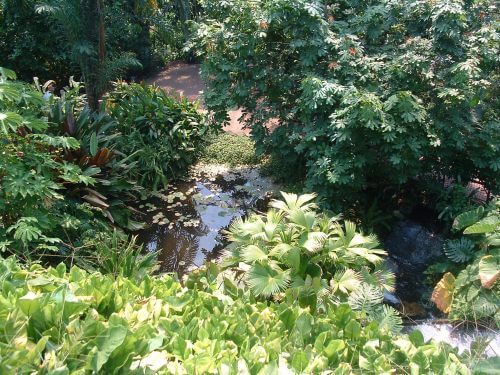 The previous time we had visited the Eden Project there were no signs of Hydroponics being in use, But this time they appear to have gone overboard on it.

Here you can see a couple of photo’s of
systems they are demonstrating in the warm temperate biome. The systems are all simple passive systems which are fed from large green nutrient containers which you can see in the photos. 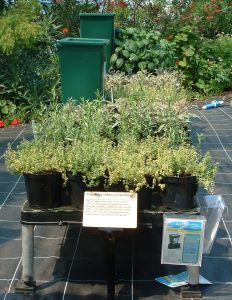 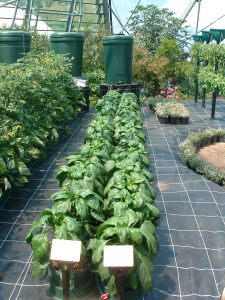 I’m sure quite a few people are seeing hydroponic growing for the first time when they visit the Eden Project.

As well as these simple systems, inside the new educational building called the Core is a very large self contained example of hydroponic growing. The system itself contains lots of plants which appear to be sweetcorn and are growing in clay pebbles within large pots. 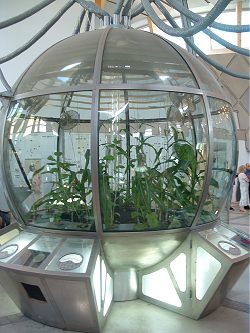 The system itself is an example of a flood and drain system, which you can see described on my ‘Methods’ page.
The system contains several large HID (high intensity discharge) lamps to provide the light needs for the plants, several fans to allow the air to recirculate and also large nutrient reservoirs. I’m also pretty sure a CO2 system is in place to supplement the natural CO2 available to the plants.

If you enjoy plants like I do the Eden Project is definately worth a visit.