We have a new member of our family. His name is Jack and he is my first ever pet, which is a Syrian hamster. I originally wanted a bearded dragon, but when we went to the Pets at home to have a look at the cages we saw they were huge! And I only have a small bedroom, so they wouldn’t do.

Today arrived and I had to get up early, which is so unlike me. We got to Pets at home to pick out my hamster. And when I saw them, they all looked so cute! 😀 I had a hard time deciding what one I wanted, but in the end I picked out the one that had lots of blotches of colour and a white belly and it looked a bit like my uncle’s dog. 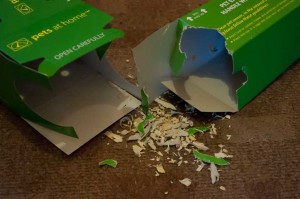 The remains of the boxes

When we were ready to buy it, a woman came over and told us a bit about it. She told us that it was a boy and was about 2 weeks old! She woke him up and put him in a box. She then put the box in another box because she said that he might chew through the first box. And she was right!

On the way home in the car, he chewed through the first box and started walking around inside the larger box. All the way home he kept on poking his nose through the air holes which was so cute!

Jack arrives at his new home

When we got home I put him in my cage and he had a lovely time playing on the wheel and storing his food in a hole he dug in the bedding. Later on I found him in the cage’s tubes with all his food, and he didn’t come out for about an hour. 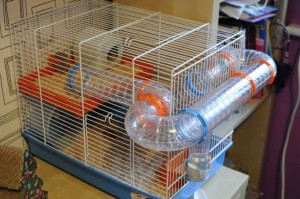 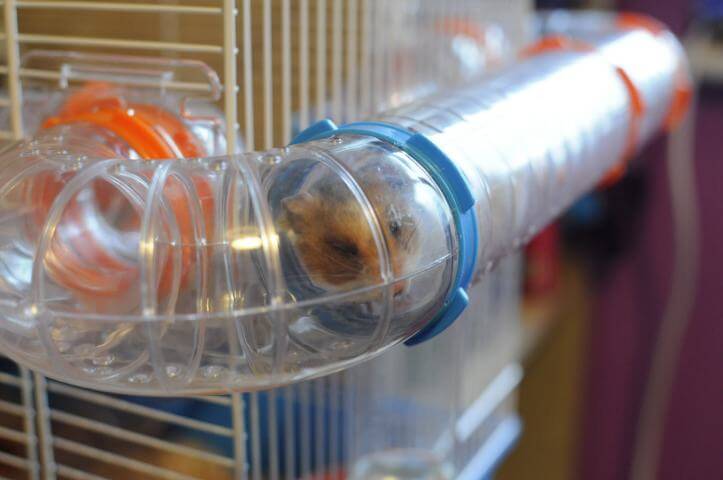 He loves his tubes and sleeps in them all the time 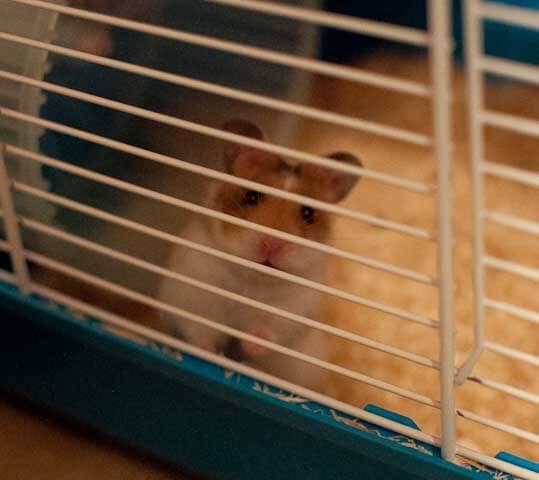